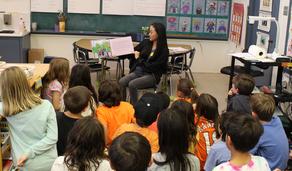 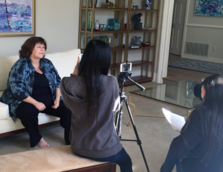 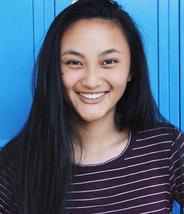 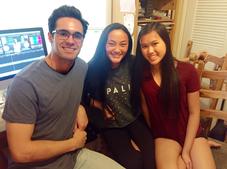 Ms. Smigla would like to thank her sister, Tessa, for her help with the illustrating, editing, and design of the book and for being her partner on the documentary series and her overall support on this project. She would also like to thank Chris Whitaker for being her mentor as well as Lisa Moore and Corinne Bourdeau for being her fearless Girl Scout leaders for over a decade.    She appreciates Michele Wolff, Jon Klages, and Jack Widman for their help in proof reading and editing the copy of Lena's Quest. Tessa and I will always be grateful to Lisa Ling, Pamela Eells O'Connell, Sabrina Kemeny, Laura Danly, Ph.D, LAPD Lieutenant Emada Tingirides, and Beth Fukumoto for giving such heartfelt interviews. Additionally thanks are owed to Sarah Fukumoto, Sue Migliaccio, Andre Bormanis, Kashi Hall, and Theresa Garland for their ongoing support. Finally, we would both like to thank our Grandma Pat for being there from the very start, and our parents for their constant support and love.

ABOUT US at GIRLS HAVE GOALS:

We believe that females are often underestimated. In media, women are often portrayed as objects, not as leaders. Women are still consistently treated unequally at work, receiving substantially less pay than men for the same job. Although over 50% of the population in the United States are women, they make up less than 5% of the CEO's in Fortune 500 companies. Less than 20% of Congress are women, and we have yet to have a female president or vice president! In the entertainment field, women make up a small percentage of directors, producers, and writers. Currently, worldwide, approximately 130 million girls are denied the fundamental right to an education. If we hope to change these statistics, we need to educate both boys and girls about the value of gender equality. That was the mission in starting Girls Have Goals. The project started as Chloe's Girl Scout Gold Award almost three years ago, hundreds of hours and many very exciting interviews and stories later the gals at Girls Have Goals (Chloe and Tessa) do not plan on stopping! They will continue to film Inspirational Women Talk to Teens documentaries and they are planning to write a prequel to Lena's Quest in the near future. Watch the documentaries and read the book and see why they are so inspired. 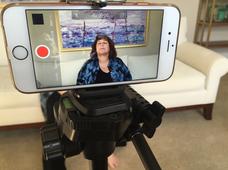 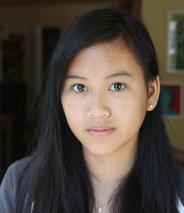 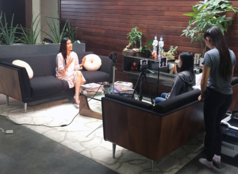